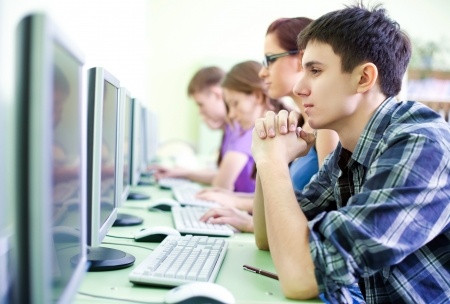 Mobile surveys matter. Over half of adults in the US and Canada own a smartphone, with nearly that many owning a tablet. Smartphone usage has increased exponentially in the past several years, to as high as 92% among college students. It is integral that survey experiences match the mobile habits of potential respondents to maximize response rates and overall data quality.

Survey fatigue is detrimental to survey data quality and response rates. So how do you ensure that valuable data can still be obtained in longer surveys? Promising results are emerging from studies of survey optimization for smartphones.

Optimization has shown to improve results even in longer surveys. Advanis partnered with clients to provide “proof in the pudding” to demonstrate how optimized surveys net a positive outcome. Here we present a few examples, specifically focusing on the student.

In 2015, the National Survey of Student Engagement (NSSE), Advanis, and the Indiana University Center for Survey Research worked together to examine the impact of smartphone optimization for long surveys. Comparisons were made between those students using surveys optimized for smartphones, unoptimized surveys, and desktop computer participation. The survey was 20 minutes in length. In total, 7,347 responses analyzed.

The study assessed the following indicators and respondent characteristics that affect data quality:

Similar results of increased completion rates and decreased survey times were noted in the BC Stats Student Outcome Survey, which compared data between 2014 (unoptimized) and 2015 (optimized).

In two separate surveys of recent graduates conducted in 2015, smartphone participation rose 6.1% and 13.6% respectively and completion rates increased 4.6% and 10.9% for optimized mobile users. Completion time for mobile users also decreased between 1 and 2 minutes.

So… which survey design elements are conducive to increased response quality and quantity?

These studies demonstrate that mobile optimization (in survey design and survey technology) and not just mobile ‘sizing’ is critical to survey participation and engagement.

Anu Bhalla is the Senior Vice President of Business Development with Advanis. Anu has spent the past 20 years developing and managing key accounts and client partnerships. Anu has worked across all sectors including Financial Services, Telecommunications, QSR, Retail, Energy and Mining, Technology, Government departments and agencies, as well as non-profit.