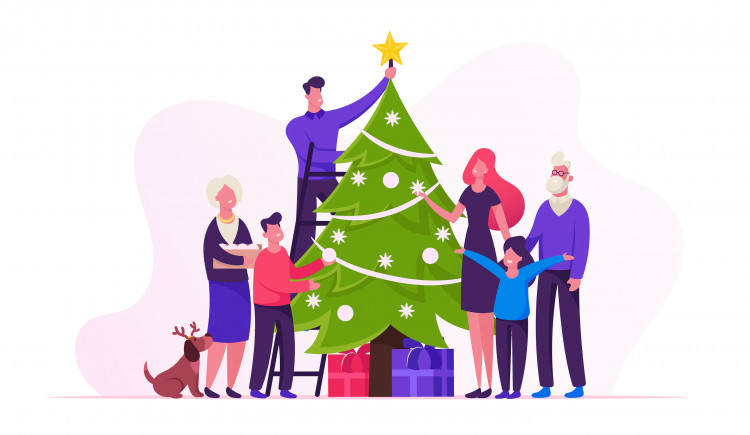 More than half (56%) of Canadians have changed their Christmas plans because of COVID-19. Only 16% plan any travel (same day or longer) this Christmas.

For a snapshot, check our infographic summary.

For US results, check out our American summary.

Most Canadians are Staying Home

Over half (56%) of Canadians have decided to celebrate with only their immediate family over Christmas. However, ⅓ of households in Ontario and the Prairies (Manitoba/Saskatchewan) plan to still host outside family members (albeit a smaller number of people than usual).

The biggest impact is on travel: while more than half (53%) of Canadians typically travel for Christmas, only 16% plan to do so in 2020. Those living in the Prairies (26%) and Ontario (21%) are most likely to still plan travel (same day travel most commonly).

Messaging Clear - in most provinces

However, only 46% of people in Ontario believe that they have been mandated by the government not to spend time with people outside their household.

“Messaging in most provinces has been clear - gatherings with people outside your household are banned. But in Ontario, despite much of the province being in Red or Grey Zones, less than half of Ontarians feel that they have been clearly directed not to have Christmas gatherings”, says Lori Reiser, Principal Consultant at Advanis, who conducted the survey of Canadians.

Expecting things to get worse before they get better

79% of Canadians expect COVID-19 cases to rise after Christmas (only 64% in the Prairies). Country-wide, there is support for bans on large gatherings (53% strongly agree, 71% strongly/somewhat). Much as they expected cases to rise after Thanksgiving (see https://www.advanis.net/self-sponsored-studies), Canadians expect cases to rise after Christmas - and the majority support closures of school and non-essential businesses to reduce spread (64% and 57% respectively). 65% (up from 43% during Thanksgiving) plan to keep their families isolated for a few days after the holiday.

“Despite government interventions in many regions, Canadians expect an increase in COVID-19 cases after Christmas”, says Reiser.

While Canadians worry about older relatives, Canadians 60+ are less worried about themselves - they plan more precautions, and will vaccinate when available

Although 73% of people under 60 are worried about potentially impacting their older family members, only 44% of older people are concerned about their own health during a Christmas family visit. Older Canadians are more likely to be taking precautions such as mask wearing, distant seating, or forgoing physical greetings, but are as likely as younger Canadians to be attending a celebration (37%). Older Canadians are more likely than younger Canadians to be vaccinated - 81% of those aged 60+ plan to be vaccinated when available, compared to 65% of those under age 60.

Half (54%) of Canadians plan to spend less on gifts, decorations, and food this Christmas season, with those negatively impacted financially by COVID-19 most likely to be spending less (61%). 52% of Canadians are very (20%) or somewhat (32%) pessimistic about the economy. Only 38% expect that 2021 will see a return to normalcy. Negative financial effects are more likely to be felt by Canadian households earning lower incomes prior to the start of the pandemic.

Alberta has changed its tune

Prairies are now the most lackadaisical

Ontario is a mixed bag

Canadian data was weighted by age, gender, and region (Atlantic region, Quebec & Nunavut, Ontario, Prairie region, Alberta & Territories, BC). Canadian participants were recruited using our General Population Random Sample by SMS, and completed the survey online. National results accurate to within +/- 3.0%, 19 times out of 20. Margin of error is wider among subsets of the population.

For other recent survey publications: https://www.advanis.net/self-sponsored-studies

Advanis is a member of the Canadian Research Insights Council (CRIC) and confirms that this research fully complies with all CRIC Standards including the CRIC Public Opinion Research Standards and Disclosure Requirements.